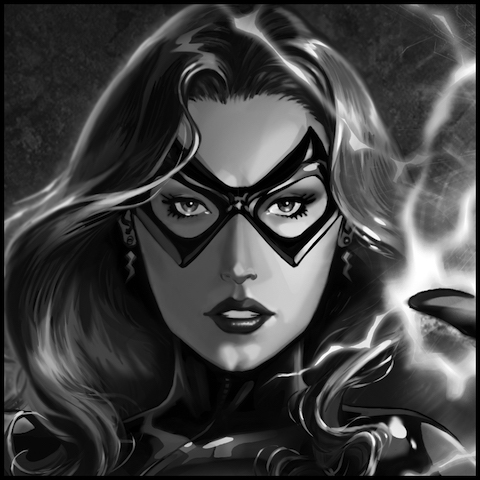 Chemistry has been structuring our world for as long as superheroes have been fascinating our imaginations.

Every year, novel compounds are synthesized and new heroes are born. Some science inspired stories and some sagas stimulated science. Together, they have evolved as science-fiction, but let’s have a peek at the science in fiction.

A fun and critical look at rational explanations describing out-of-the-ordinary events impersonated by heroes seen in movies, TV shows and graphic novels will be investigated.

From Wolverine's adamantium claws and the Incredible Hulk’s green skin to the Transformers’ morphing bodies, crucial chemical facts can be distilled from astonishing tales.

As a result, by discerning the magic from the scientific, a comic book buff can also be a chemistry fan…

Chemicals react together to mould our world, while super heroes and super villains interact with each other to shape our imagination. Some protect our planet, some destroy it. But they all have a mutual effect.

Science enthused great tales, and legends inspired science. Combined, they have produced science-fiction, but let’s have a peep at the science in the fiction.

There might not be any “bad” molecules, but evildoers sure use an array of compounds to serve their malicious needs.

A fun and critical look at rational explanations describing out-of-the-ordinary events impersonated by villains seen in movies, TV shows and books will be explored.

From the Joker’s laughing gas to Magneto’s diamagnetic levitation and Darth Vader's deep voice, correctly depicted chemistry can be extracted from extraordinary phenomenon.

As a result, by decanting magic from scientific, a comic book geek can shine some light on legendary super villains. 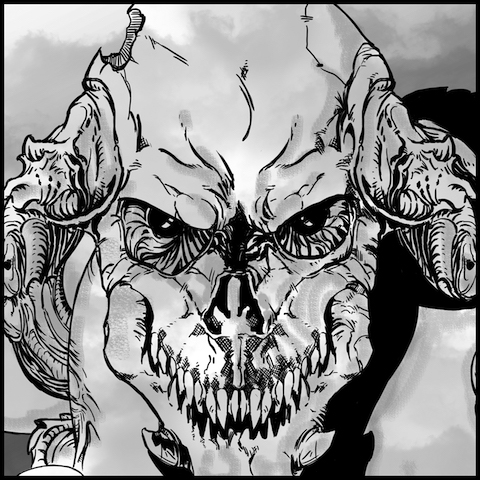 Comic book narratives differentiates itself from other medium by having plenty of its action take place between panels, outside the box. In a similar manner, lots of chemistry takes place outside of the lab. Chemistry is everywhere, and monstrous foes, myths and legends know no boundaries.

Fear of the unknown and strange speculations always followed fascinating discoveries, but the properties of matter constantly came to the rescue to clarify the fabled wonder. Millions of molecules still need to be created, but among the existing ones, many favour the genesis of exceptional aptitudes.

A fun and critical look at rational explanations describing out-of-the-ordinary manifestations impersonated by beasts and monsters seen in movies, TV shows and graphic novels will be investigated.

From the Walking Dead’s zombie symptoms to the rise of the Terminators and two headed giants, true chemical reactions can give birth to monsters. As a result, by discerning the magic from the scientific, a comic book fan can see the world's beauty through the eye of the test tube holder.

Three fun, media rich and pop culture infused talks are available (Superheroes, Supervillains and Beasts & Monsters), each in three thrilling durations (45, 60 or 75 minutes), and they can be delivered in both official Canadian languages too (French and English)! That’s an incredible 18 possible combinations! Most elements do not have that many isotopes!

The talks are designed for adults but can be adapted for teenagers or kids. No science knowledge is required, only an interest in learning some chemistry fun facts.

Click on the images above for a detailed description of each talk.

Want to book a talk? Pick a theme, pick a duration and click the BOOK NOW button. 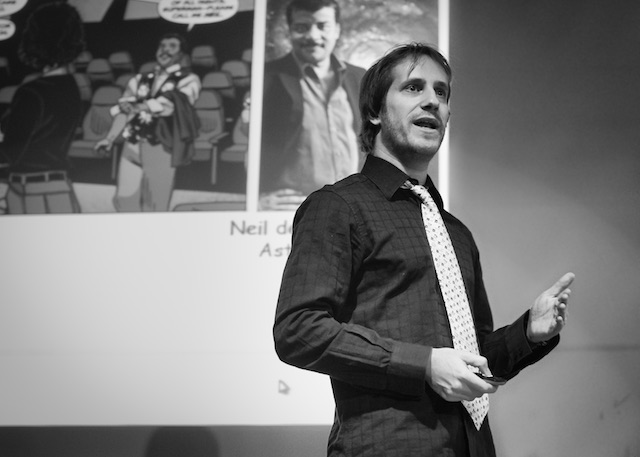 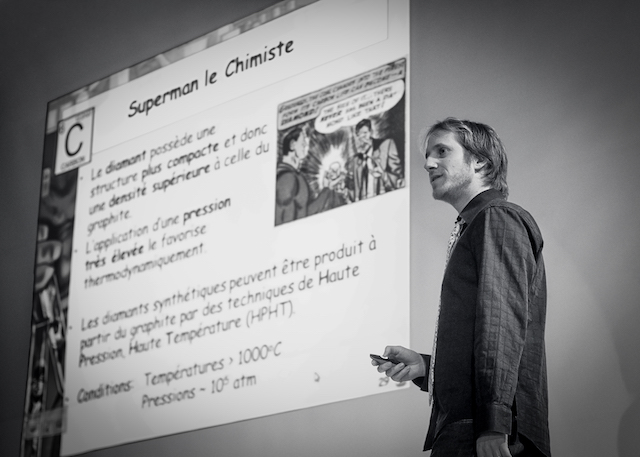 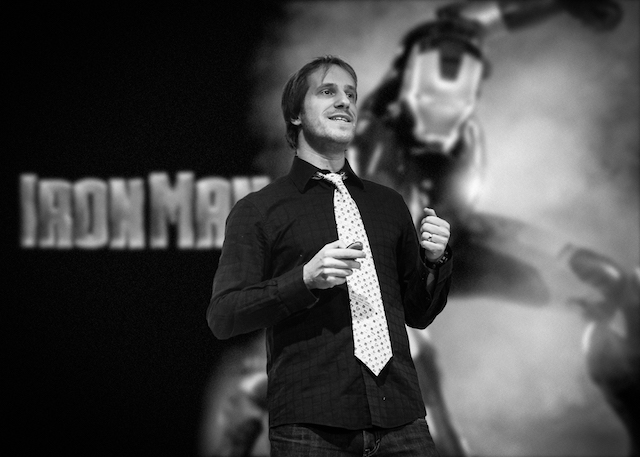 Fields marked with * are required.