Who is the Comic Book Chemist? 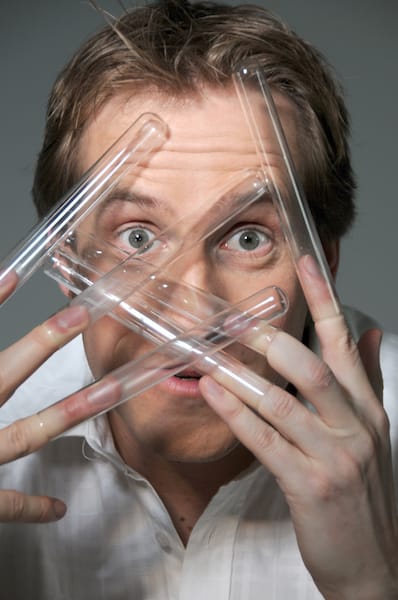 Yann Brouillette was born in Montreal in 1981 and has loved comic books since childhood.

Despite his parents' aversion for them, Yann sneakily exchanged tooth fairy's money for the latest issues of the X-Men... and did not believe in tooth fairies.

After obtaining a B. Sc. in chemistry in 2003 from the University of Montreal, he joined the group of Professor William D. Lubell to complete a Master in Organic chemistry in 2005.

For the very curious amongst you, here is the title of the memoir " Solid-Phase Synthesis of Trisubstituted Pyrrole Analogues".

Using the privilege of being a student, Yann traveled to France to complete a Ph. D. under the guidance of Jean Martinez and Vincent Lisowski (no relation with Kick-Ass alter-ego) in 2008.

For the very very inquisitive amongst you, here is the title of the thesis " Chemical Studies of the Thieno[d]oxazine-2,4-diones Reactivity to Access New Diazepines, Imidazolidines and Pyridinones in the Thiophene Series ".

In 2010, Yann became the head-writer for the Canadian super hero comic book series Heroes of the North with the publication of the Canadian Shield issue #1, which he co-wrote with his brother.